Brief history of the HKIAP

The idea of forming a Hong Kong Division of IAP was conceptualized by Prof. Joseph Lee and Dr. Philip Allen In 1986. The issue was raised and agreed at the AGM of the Hong KongPathology Society that year. It was envisaged that the Hong Kong Division would become a focal point of contact with Divisions of IAP in other countries and with the international office of IAP in Washington, D.C., U.S.A. The Constitution and By-laws were then drawn up. Through a postal poll, Dr. C.W. Chan, Prof. Faith Ho and Prof. Joseph C.K. Lee were appointed as conveners. 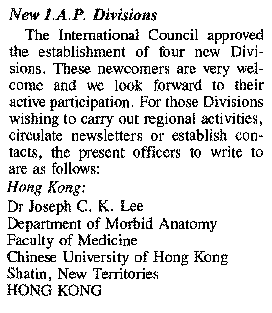 With the dedication and hard work of many members, Hong Kong hosted the International Congress of IAP on 9-14 October 1994 at the Convention and Exhibition Centre in Wanchai. It was a very successful event with over 1,000 participants from various countries. In 2001, an International Joint Congress was co-organised with the Hong Kong College of Pathologists and the Royal College of Pathologists of Australasia. It was held on 4-7 October 2001 in the Hong Kong Academy of Medicine Building. The theme of the meeting was on "Challenges and opportunities in Pathology: COP". This was another very successful event, with over 500 participants. 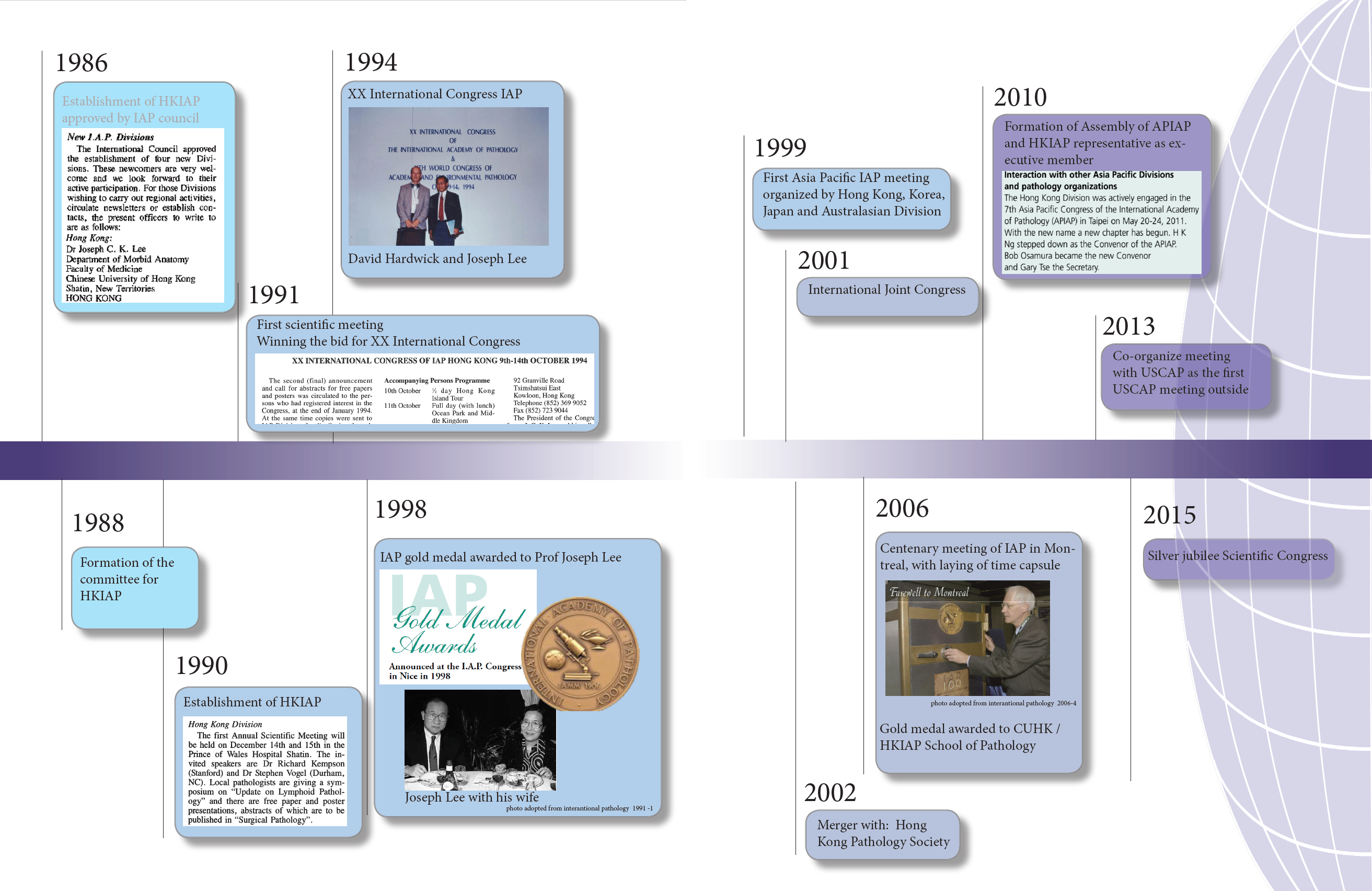